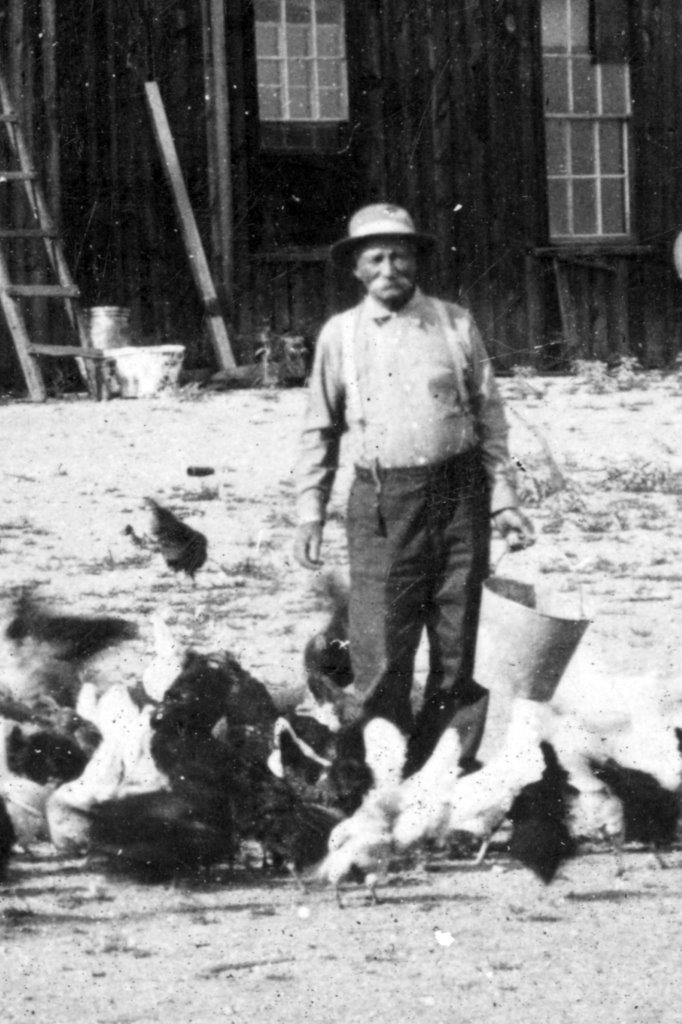 Posted at 11:23h in Blog by wpsociety 2 Comments
0 Likes
Share

Welcome to the 2017 Midyear Update of the CFHS Website. We have two new posts, an unknown photograph, and an item of interest – a DNA analysis to check out. 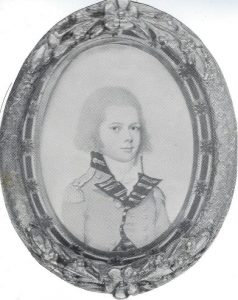 Richard  Creaghe, DL and his wife, Matilda Parsons, were interesting people who led full lives in tumultuous times in Irish history. A significant amount of material exists to document, with some extrapolation, what their lives must have been like. Of course, there remain many unanswered questions. For instance, who painted the above portrait of Richard as a child? Where was it done? Was there an itinerant portrait painter roaming the West Indies in the late 17th Century immortalizing children of the well to do, or did the family make a trip to Ireland or America when he was a young boy? Is this actually him? This sort of thing is what makes the process interesting.

First National Bank,1927. At the time of the robbery, the trees had been removed.
Courtesy, Tom Betz

The First National Bank in Lamar, Colorado was the site of a notorious bank robbery in 1928 which drew a great deal of national attention. It was a big deal, and our family was involved to significant extent. It is an interesting story. 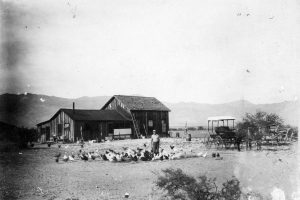 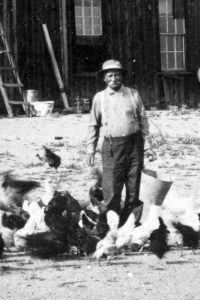 Lucy Corning Brackett found this unlabeled image in her collection of family photos and, naturally, wondered who was captured in the photo and where it was taken. Michael Gordon Moore checked it out and came up with the following conclusions.

This what I know so far:

So this is circumstantial stuff, I will continue looking and let you know if I come across anything more than a guess on my part.

I have a lot of family history that my Mom collected over a 20 year period for her Creaghe family history books but do not know where she got most of it from as she kept no record of sources. As I work my way through her very large archive I would welcome interaction with any relatives such as yourself as I have not known how to make contact. Steve Creaghe is the only one I know how to contact currently.

In my experience, if you take a photo, and do not label it; you may as well not save it in the first place. It will be much easier for your future biographer if you indicate who, where, when, and even why the photo the was taken.

Yours truly submitted his DNA to the Ancestry.com project. In some ways, it was a little disappointing in that there were no big surprises.

Well, actually it was surprising that there so little Iberian Peninsula – 4%. Any thoughts? The DNA matches done by Ancestry showed a match with a second cousin who I have met and many, many 3rd – 5th cousins. I have reached out to some, but no responses thus far.

A family tree in the classic sense may not be practical. The cost of a custom platform is prohibitive, and I don’t want to get a subscription thing. I am still working it though.