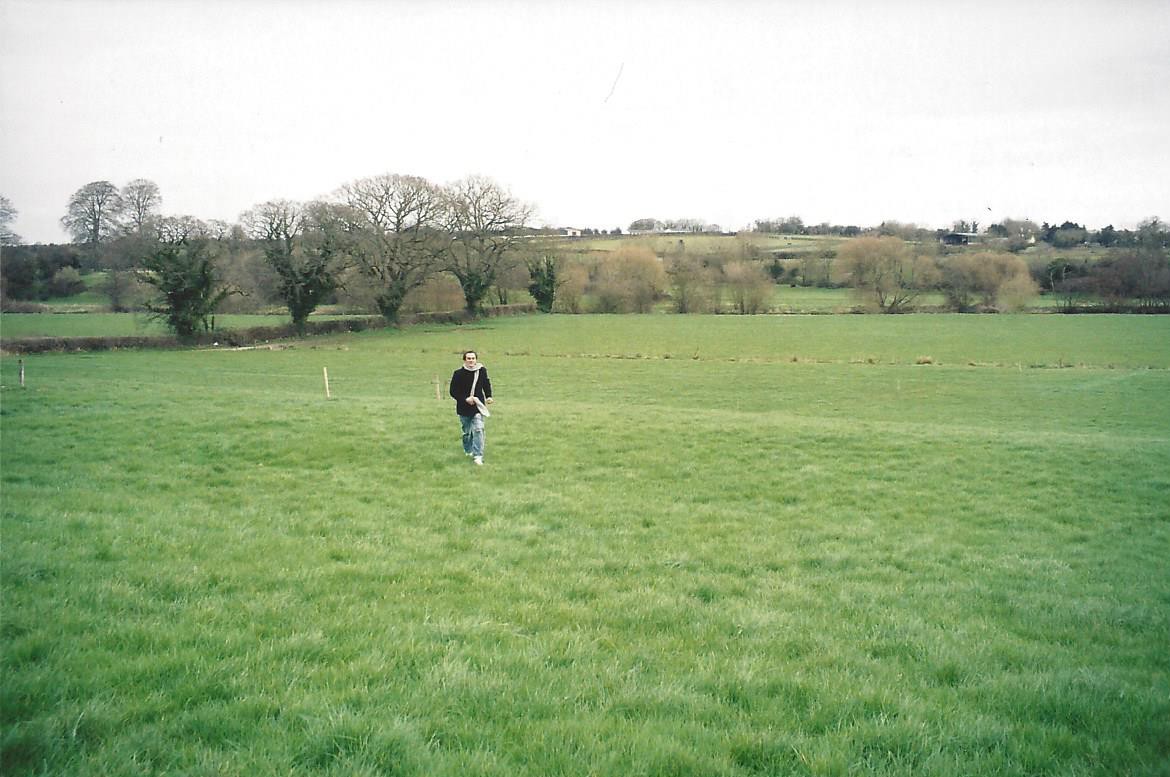 Castlepark or Castle Park is a beautiful, green piece of land just west of the River Suir and the village of Golden in County Tipperary.  The property is a bit higher than the river and slopes gently to the bank.  In 2007 it was green – very green – pasture land.  Just across the watercourse can be seen the now deserted Anglican Church and burial ground where the Richard Creaghe Family burial vault is located.

It is difficult to equate the £14,680 to today’s money.  In fact, historian Barbara Tuchman wrote that “the value of foreign currency in the 18th century, or its equivalent, to our own in contemporary terms, is a…perennial problem because value and equivalency keep changing and are impossible to make definitive at any one time.”  A conservative estimate for the value of the money in 2016 currencies would be £1,538,000 or $2,183,960.

Percy also felt that John Creaghe, Richard started building the Castlepark house at the time of purchase, but it was not move-in ready until about ten years later when his son and heir, Richard Creaghe, D.L. (?-1837), made note of the expenses for moving twenty-nine car loads of his furniture from Dublin to Castlepark.  Presumably, he and his wife of two years, Matilda Parsons (1769-1835), moved in at the time.  Also joining them were his mother, Anne Heyliger Creaghe (1747-1832) and two sisters.  This may have led to some unpleasant family dynamics which we can look at in “Ancestors.”

With the death of Richard, D.L., a chain of events started in motion that did not result in a good outcome for our family and Castlepark.  As a rule, estates were not divided among children – actually, sons – but went to just one; in our case, this would have been the eldest son, John Creaghe (1796-1817).

John Creaghe died at age 21, preceding his father by seven years.  Laurence Creaghe (1797-1852) was next in line; however, as Percy surmises, he must have owed a debt to his father.

Therefore, the will stipulated that Castlepark go to the next in line, Richard Fitzroy Heyliger Creaghe (1804-1890), unless – and now comes the rub – brother Laurence pays him £9,000.  Presumably this sum would relieve the debt and serve as Richard F. H.’s inheritance.  So, Laurence came up with the money, paid his brother, got Castlepark and the rest is history.

Laurence had married “some woman of very humble class, tradition says his cook”.  Her name was Elizabeth (Lizzie) Carter (b. unknown).  They had two children, John Weldon (1820-?) and Emily Laura Creaghe (b. unknown).

Percy can take the story from here:

“John Weldon C. married a lady of quite good family, but the taunt (sic, taint?) of his mother’s family evidently predominated.  He lived a life of wild dissipation, squandered all his money and had to sell the estate to the Scully’s.  He died of drink.

The sister Louisa (sic, Emily Laura), who married White also went bad.  There are no known descendants of Laurence Creaghe of Castle Park.”

Actually, as a point of fact, it appears that John Weldon did not sell directly to Willy Scully; rather, he lost the property to Incompetent Estate Court in the early 1900’s for some kind of unpaid obligation – taxes or something else.  Scully then bought it from the Court.

William Scully had a home on the east side of Golden which was called “Mantel Hill House.”  When Willy moved to Castlepark, he changed the name to “Mantel Hill House” as it was a significantly better structure.  (Check out the youtube interview with local Golden and West Tipperary historian, Eddie Dalton, at the five-minute mark. Also, note how he pronounces our name.)

It is not clear to me when the Scully Family relinquished the property; but, in 1998, the locals referred to the Castlepark house as the “Scully House.”  They also told us that there was a picture of the house on the wall in the post office.  We went there, we saw it, but did not take a photo of it.  Why not, you say?  I wish I knew…  However, in 2005, my son Christopher and his wife Noëlie did photograph the picture, but their things are in storage.  When they retrieve it, probably not before 2019, it will be posted.  Now, if someone gets there sooner, please pass a photo on. In fact someone did get there, Lucy Corning Brackett and her husband Bill in 2016.  They took the photo below.

Percy Creaghe mentions having seen plans for the house, probably in the early 20th Century.  If these turn up, that would be very interesting.  To reach Castlepark(see “Map” tab), one walks west from the village on the main street, N74, over the river and takes the first intersection(a “T,” )to the right on the road to Dundrum and Ballygriffin.  Immediately past the home on the right, you will find the overgrown ruin of an arched gateway.   Stop here; your forebears probably passed through here many, many times.

As we were contemplating trespassing on our ancestral lands, a nice man and his dog walked up the road looking for his lost bullock.  His name was Maher.  Turns out he now (1998) owns the property.  He did not know anything about the ruin except that it had been there forever.  He, as everyone else, knew the house as “Scully House.”  The building had burned sometime in the past, and he had relatively recently demolished and removed the remains.  He pointed out the raised platform of land where the house stood; they certainly had a great view across the river to the village.

Mr. Maher was not familiar with the Creaghe family and seemed a bit skeptical of these Americans and their story.  Then he paused, glanced back over his shoulder to the aforementioned intersection and said, “you know, we call that Creaghe Cross!”  A very cool moment, indeed.  We parted as friends.

If you would like to see a very non-professional video of the area shot in 1998. check this out:

Dalyla spoke with Eddie Dalton briefly by phone before we went to Castlepark and he indicated that the property just across N74 from Creaghe Cross may have also been a Creaghe property.  We did not investigate.

Just before reaching Creaghe Cross from Golden on the N74, there is a trailer business with the name Liam Maher on it.  Might be a good place to start for permission to enter the land; or, literally, just ask anyone whom to contact.