Posted at 03:30h in Ancestors by wpsociety 0 Comments
0 Likes
Share 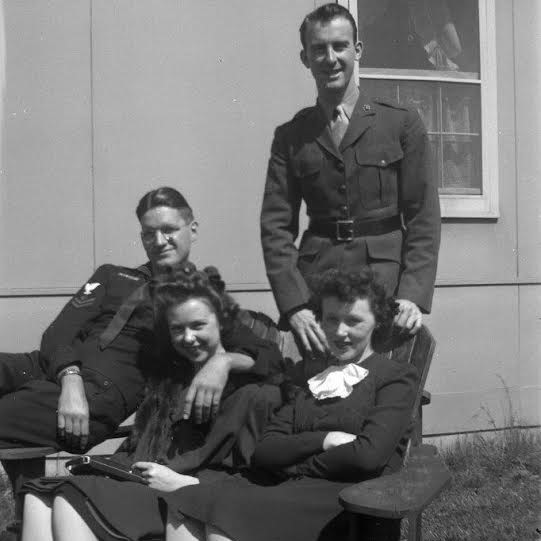 Bill joined the Marine Corps days after Pearl Harbor, December 8, 1941. He received his recruit training at U.S.M.C. Recruit Training Depot, San Diego. Upon completion, he spent a short time at Camp Elliott, San Diego; and we were married before his departure for the South Pacific and World War II. The troop ship took him first to New Caledonia. After two years he returned home with orders for Quantico, Virginia.

Bill’s next assignment was San Francisco. Then it was Camp Lejeune, North Carolina. During this tour, the Korean conflict erupted, and he was shipped to Korea. On his return he had orders for Camp Pendleton, Oceanside, California. He was commissioned a 2nd lieutenant while in Korea.

His next duty station was Great Lakes, Illinois, where he was the disbursing officer for the Marines at the Naval Training Center. During this time the Great Lakes Naval Training Center celebrated its 100th birthday, and they had[invited] the governors from all of the states represented. Because Bill was a native of Colorado, he was sent to escort Governor McNichols back to this festive event.

After three years in Illinois, we were sent back to Camp Pendleton, Oceanside, California. After some time there, his orders were for the Marine Corps Cold Weather Training Battalion at Bridgeport, California, not far from Nevada state line in the high Sierras. He made Captain at this time.

We then returned to Camp Pendleton. The last tour before his 20-year military retirement was with the Marine Corps Supply Depot, Barstow, California.

After military retirement he completed his studies at the University of San Diego and then worked as an accountant for the California Division of Highways in San Diego. This position he held for 15 years before his fatal heart attack May 17, 1976.